Sasquatch magical powers have been witnessed and known for a very long time.  References to these encounters exist in many cultures across the world.  One of these witnessed powers is a Bigfoot's ability to be visible or invisible at will.  Invisibility is often referred to as cloaking, and the Sasquatch seem to have the ability to do so by assuming any shape they wish, mimicked from their immediate surroundings.  They can become a rock or a bush, or something alive like a bird or a wolf, you name it and they can assume it.  This cloaking has been witnessed and reported many times.  They can also come to our world in an assumed disguise like a bird and then uncloak as themselves (a huge flesh and blood Sasquatch) and scare the heck out of people.

It is certainly a reality, that if the Sasquatch don't want to be seen by the human eye, you will see some other object or life form entirely.  That is a Sasquatch magical power that cannot be denied even by the most skeptical of researchers.  Cloaking and uncloaking is Sasquatch way.

An Uncloaking Sasquatch
Appears Out of a Rock Formation 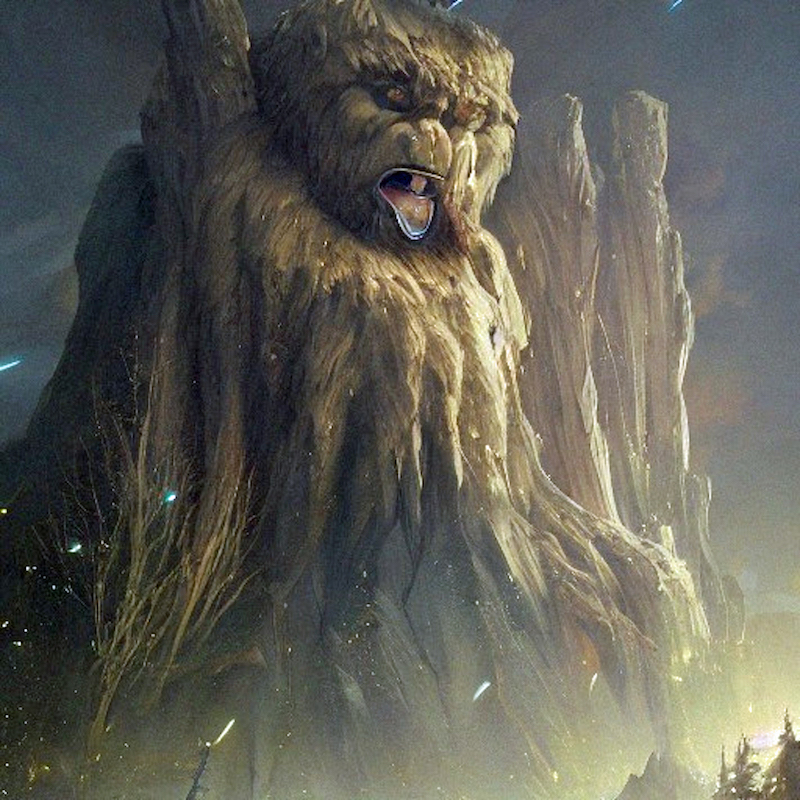 Sasquatch magical powers, as mentioned in cloaking, include transmigration, which like cloaking, allows the Sasquatch to move freely within our limited scope of time and space.  A transmigrating Sasquatch can appear in our reality as a flock of sparrows or a swarm of bees.  They can transmigrate into our existence as a snake, a bear or even a human being.

Human scientists have come to know from quantum physics that everything physical is an illusion, it is made up of tiny particles in space.  All things animate or inanimate are composed of these particles and separated only by the spaces between them.  Transmigration is the ability to control and rearrange those various particles and spaces into any living entity one choses.  As far-fetched as this may sound, it is child's play to the Sasquatch.  The living entity itself are not the particles, it is spiritual energy and knowingness that imbues the physical with characteristics both physical and energetically to create that thing.  Humans have become oblivious to creation on this level, unable to recognize and compose animate and inanimate structures at will.  The Sasquatch have not declined in ability and knowingness to this human unawareness level.  Thus transmigration is a reality, a natural ability they retain and use at will. 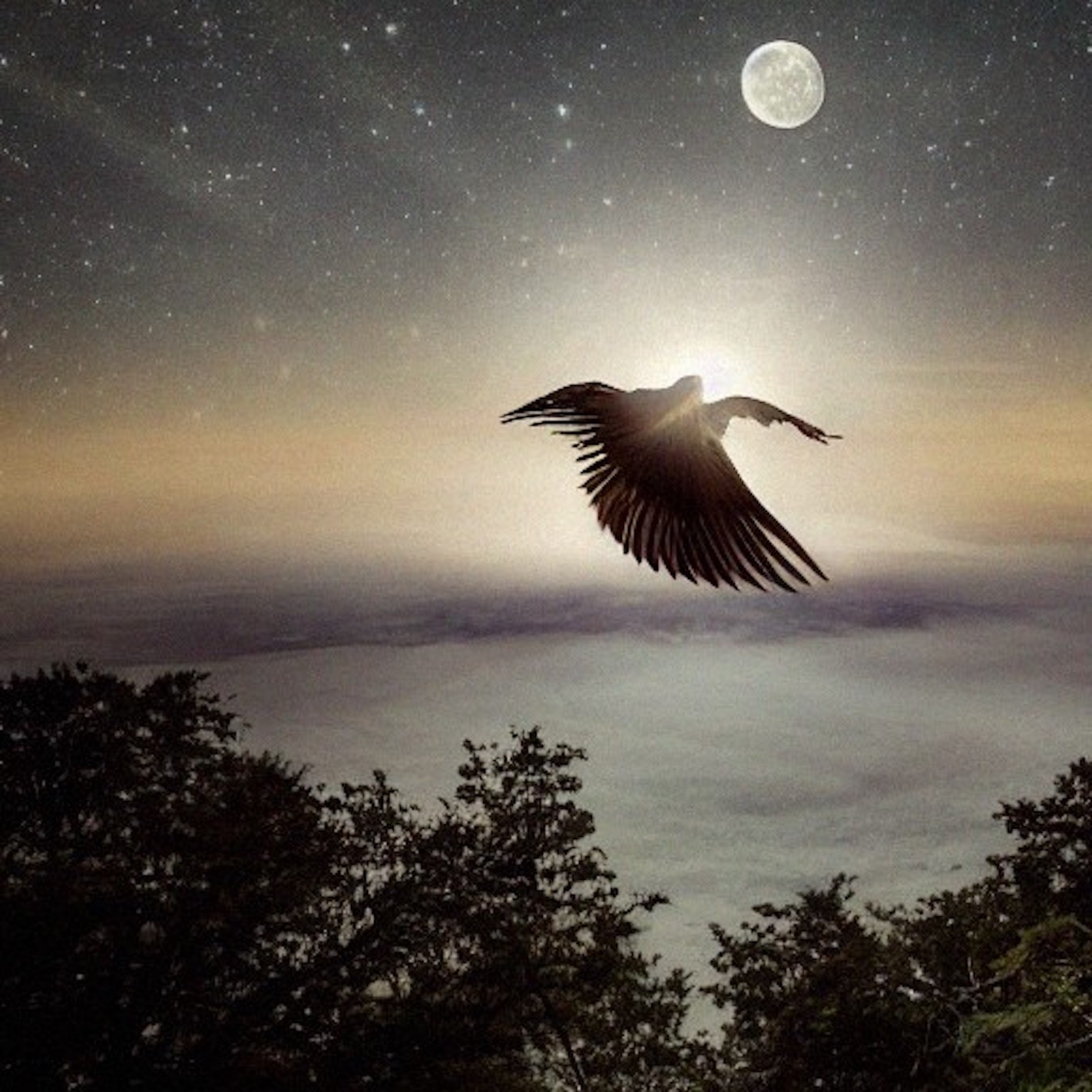 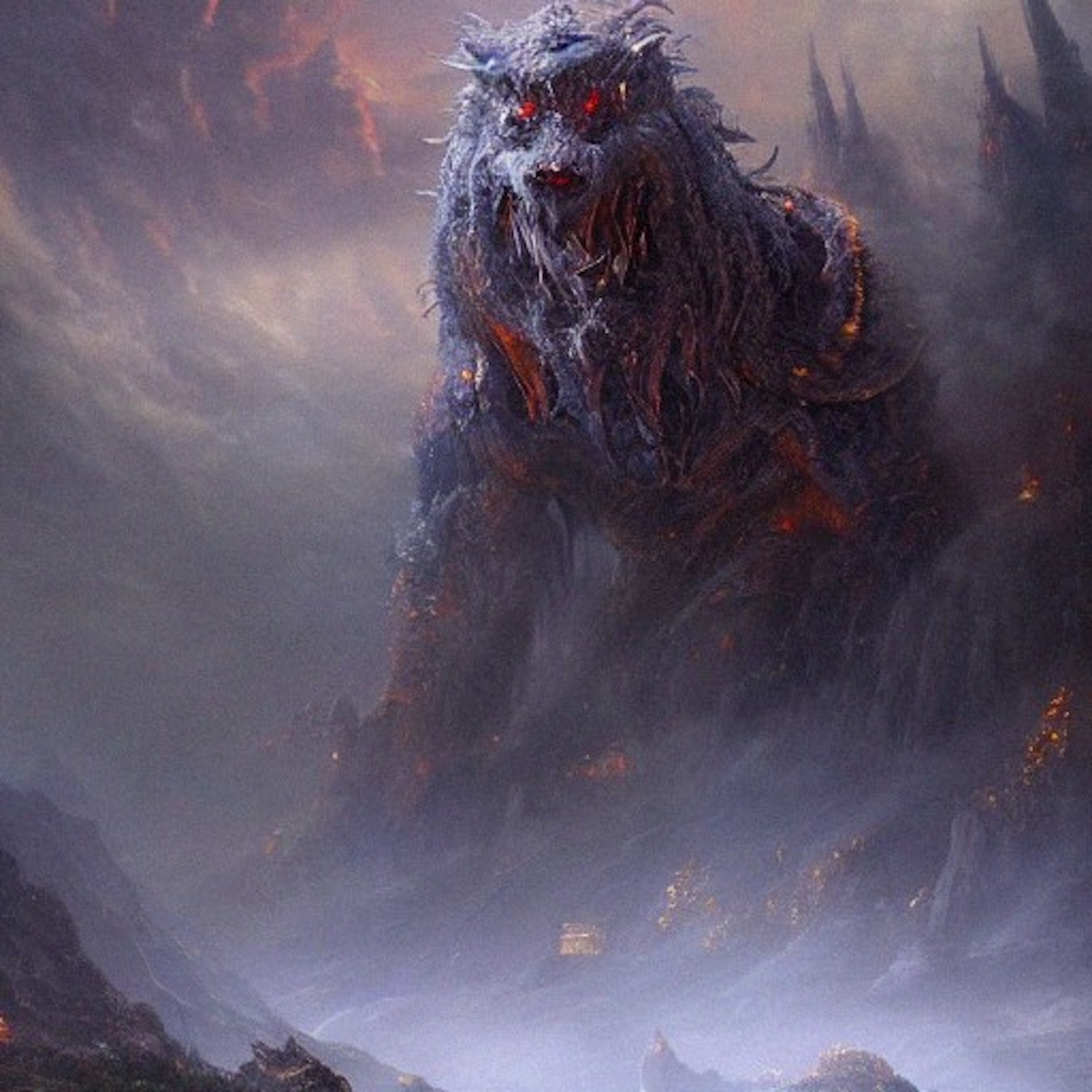 Telepathy is another of the the Sasquatch magical powers that goes virtually unnoticed in the human realm but for a small number of human telepaths the Sasquatch are comfortable communicating with.  Telepathy is actually very natural to all living things and is alive and well even in our universe though humans have been subjugated out of using telepathy for slavery purposes.  Animals and plants are very telepathic and communicate in this manner all the time.  The Sasquatch are the same, they have no need for verbalization, though they can and do verbalize and understand the many human languages as well as the languages that exist between other life forms such as animals, insects, etc.

It is intriguing to know that the Sasquatch can also mimic the sounds of human machines and electronics.  Their vocals include the vast spectrum of vibrations and wavelengths that are discernible by the human ear.  I have also known them to imitate the sound of the wind, the babble of a brook, even the deep and profound rumble of thunder.   It if has a sound, they can produce it. 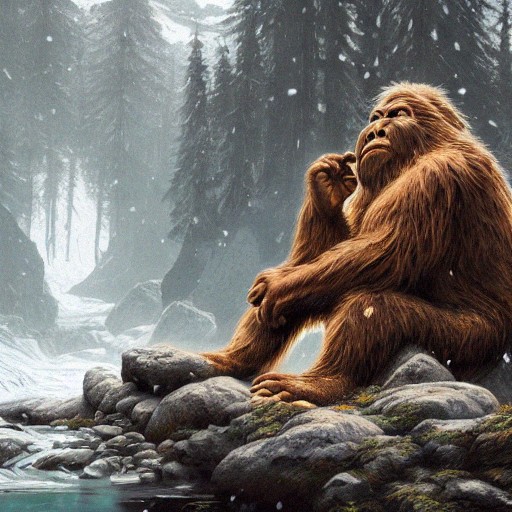 Thought implants is one of those Sasquatch Magical Powers that can make people forget or "not see" any encounters they may have been privy to.  I have been with such people who will swear they didn't encounter a Sasquatch when one was standing right next to them doing a boogie-woogie jig.  The Sasquatch can apparently implant people with commands just like a hypnotherapist can implant commands into the subconscious by bypassing the analytical minds of their subjects.

I know how vulnerable and susceptible humans can be to this implant mechanism.  All you have to do is perceive the influence of Television on people.  The media can spew  completely fabricated images and words onto the screen and people will believe and defend these images and words as if they were their own.  They are unable to discern implants from actual creative thought.  They will ridge and rail against anyone who might point out the obvious falsity of the data that was implanted.