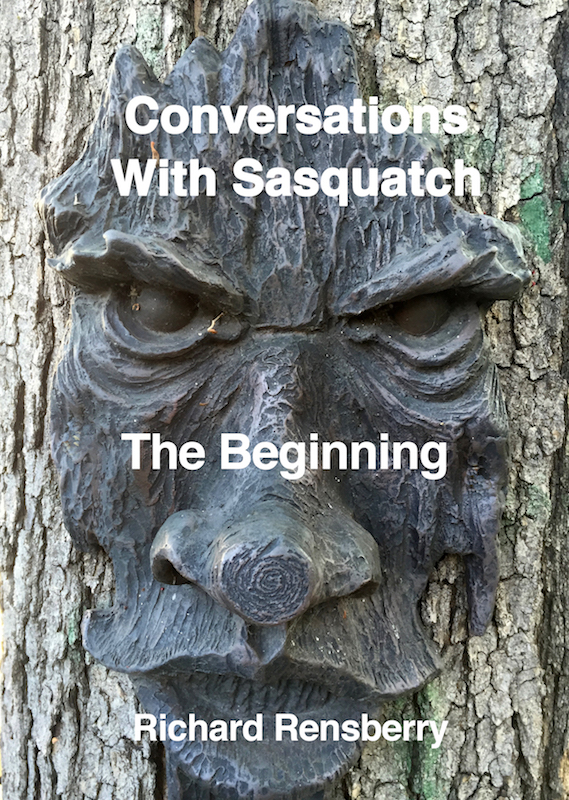 There was no plan to write Bigfoot book The Beginning.  It just so happens it arrived in my lap from the vaults of my childhood.  Memory and what one wants to remember are often two different things.  Death can miraculously open doors that otherwise would remain forever shut.

Previously, the entire contents of Bigfoot Book The Beginning, just like all my other Bigfoot books was shared live, here on my website.  You were able to follow along on my Bigfoot journey as I posted each episode as it was written.  I am no longer posting those book episodes live, the exception being each episode of my new book Conversations With Sasquatch, The Night Shift.  You can follow along for free as I write this book 5 in the Conversations With Sasquatch Series.  Bigfoot book The Beginning is now available only on Amazon Vella for a small fee.  I hope you enjoy the journey and maybe even learn a thing or two from the beings that live on the other side.

Bigfoot Book The Beginning
available on: Amazon Vella
Creatures of the Night
chapter excerpt from the book
can be viewed below 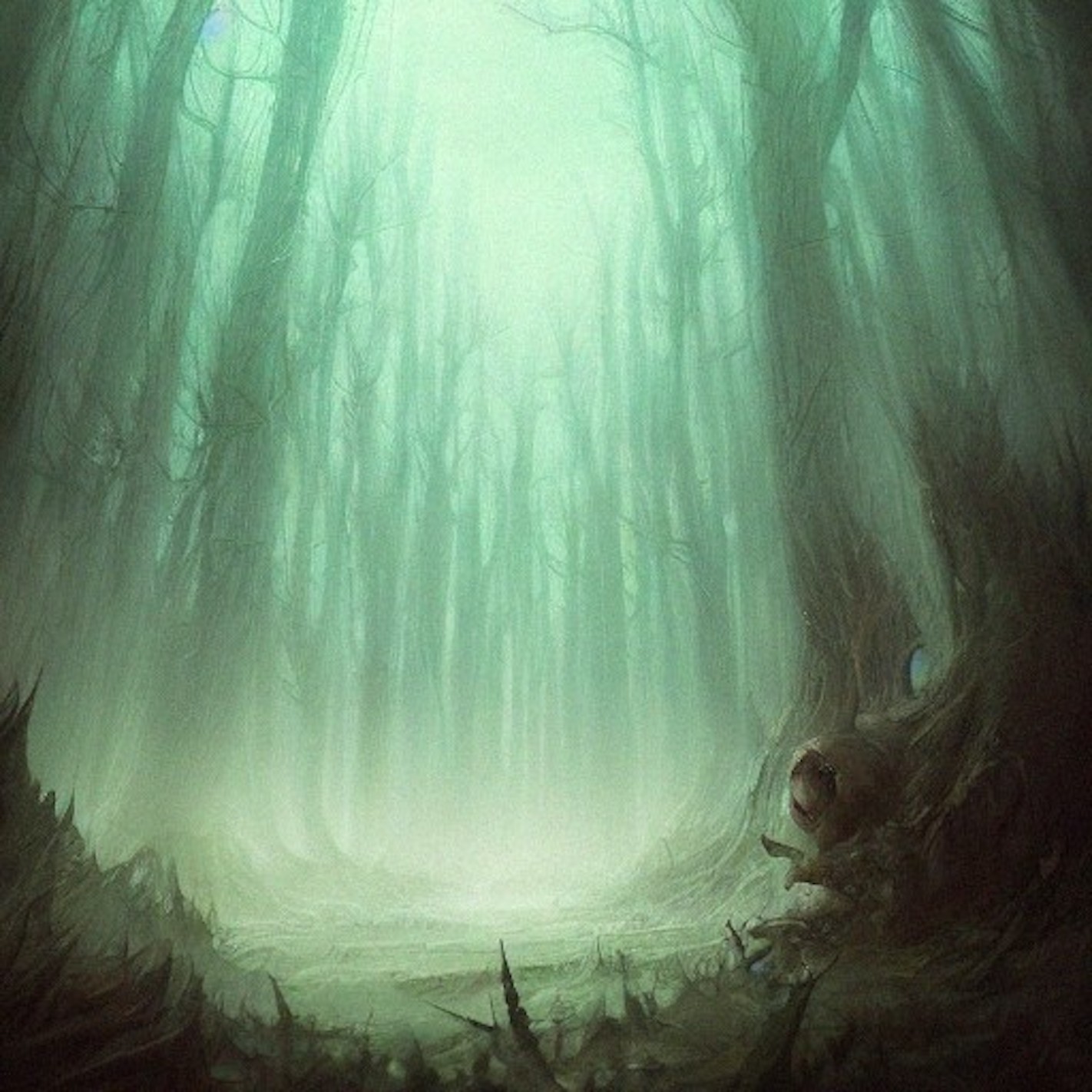 Besides the occasional Sasquatch, I also have other interesting visitors in the night; shy creatures with big eyes imbued with whirling pools of unfathomable depths.  It is said by spiritualist friends, that you are not supposed to look into those bottomless sockets for fear they might steal your soul away and leave you in a black fog like Alzheimers.  I definitely wouldn’t want that, but I admit, I can’t restrain myself, I often look into those whirling pools anyway. 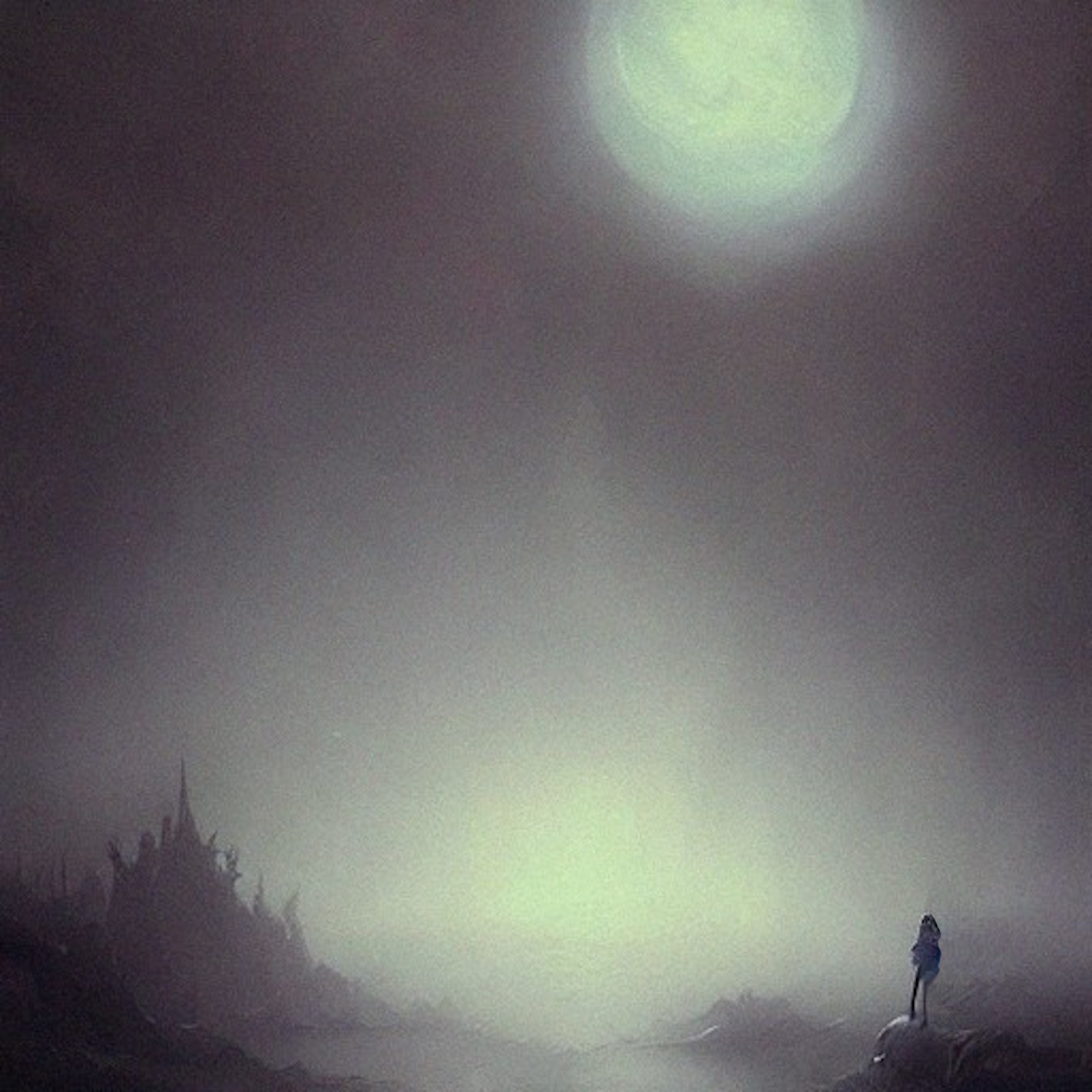 Tonight’s first guest had a hitch in its giddy-up.  It materialized out of the fog, gangly and undefinable as to whether it was humanoid or alien in nature.  It reminded me of a girl I once knew that had been born with a deformed nose and arms that ended at the elbow with only a thumb.  To my friends, this girl was considered a birth defect.  They had an obsessive need to tease or feel sorry for her, but when I observed her, I saw something much different, I observed a heroic being of great courage and inner strength.  She demanded neither abuse nor pity, she 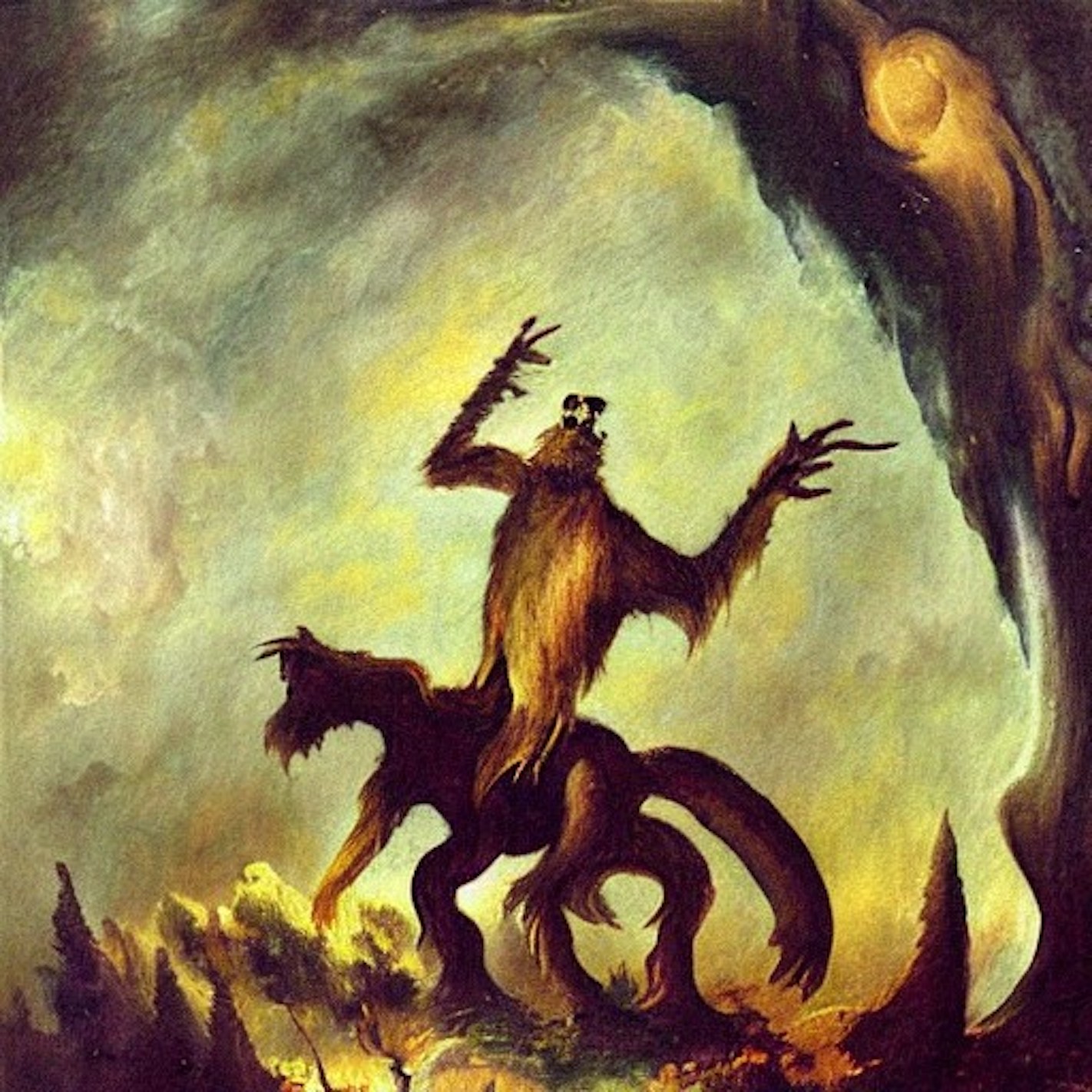 glowed with the same self-determinism that I now recognized emanating from this physically deprived creature wavering before me.  I had no reason to feel sympathy nor aggression toward it.  It looked directly at me without hostile nor dire intentions, then it blinked and vaporized into the mist.

The second creature of the night came across the meadow wearing a long, white cape.  It walked like a human being but was obviously more deer-like in nature because its hands were thin, three fingered clefts.  As it neared, I noticed its head had a long snout and a goat’s beard, so I guess it was maybe more goat than deer.  It wore 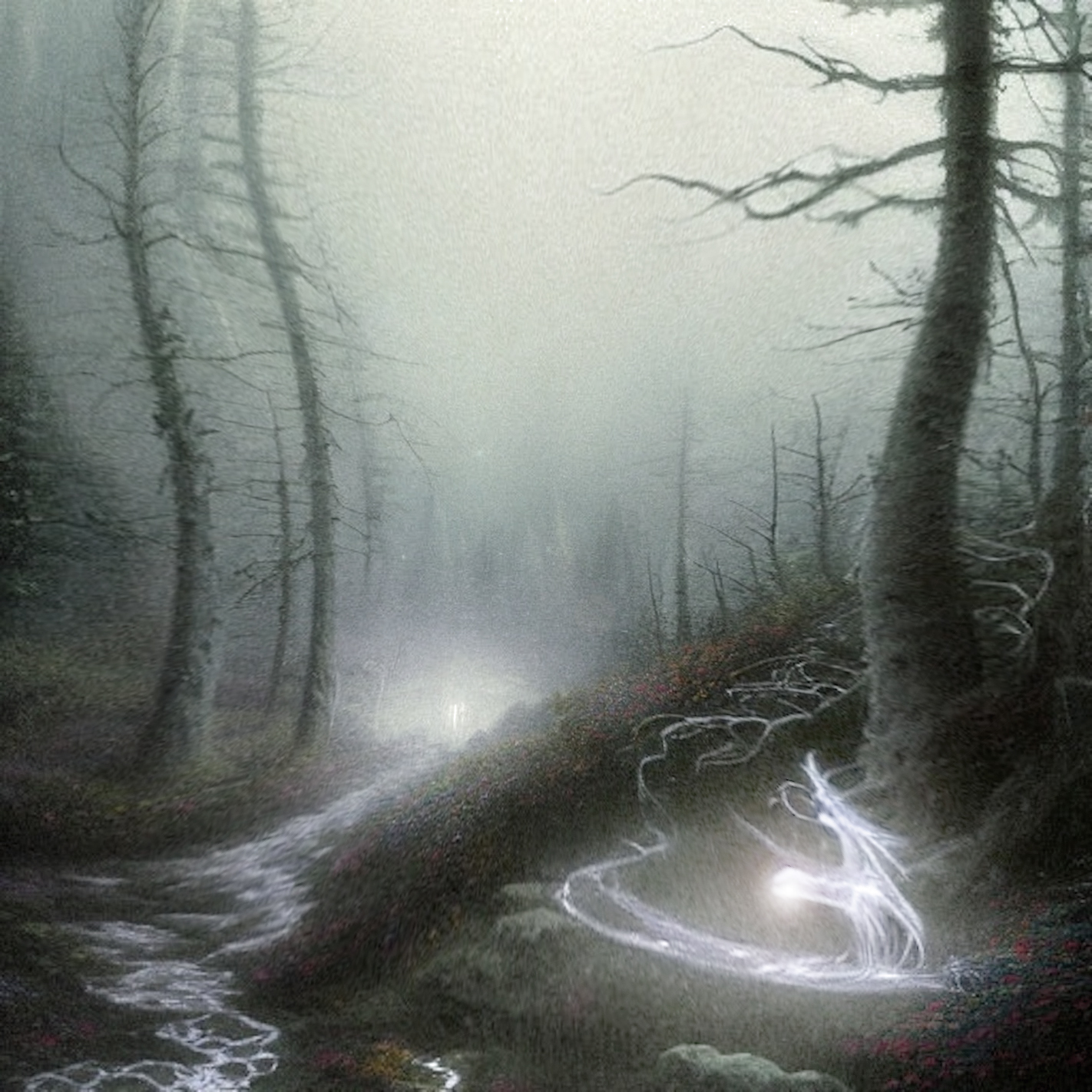 a devious smirk and conjured a flare for the dramatic.  It held up a glowing wand and pointed it directly at me.  My memory escapes me as to what immediately followed, but when I opened my eyes it was gone.

The third creature of the night was green in color, but had no resemblance to the man in the moon nor his fabled green cheese (except that it smelled akin to it).  It was something rotten from the bog, like when your foot sinks deep into the muck and then you pull it out with a rancorous release of noxious gasses.   In fact, I believe this creature was the sentient spirit of swamp gas.  It did not smile or acknowledge me in any way, it just crept along the edge of my field of vision until it lost its semi-solid form and dissolved into the mist. 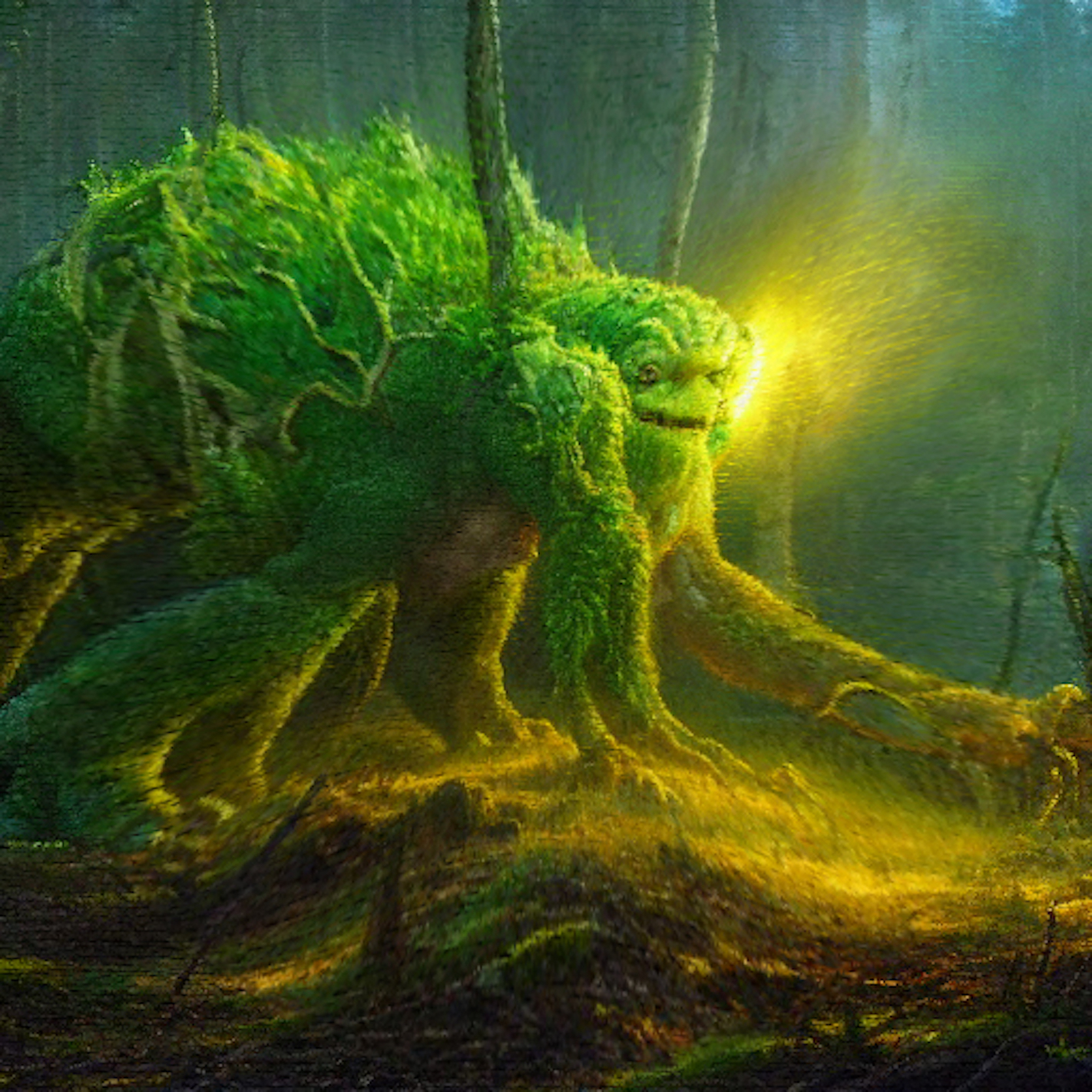 The last creature of the night was much different.  She coalesced from the light of the moon, transparent and ethereal as an angelic  firefly.  When I tried to look straight at her, she would shimmer and vanish, so I had to avert my gaze in order to find her in the periphery of my wavering vision.  It was like having a word you can’t quite remember form right on the tip of your tongue, then helplessly slip away; a memory you can’t let go of until you find it, and I soon found myself dancing and gyrating my old body 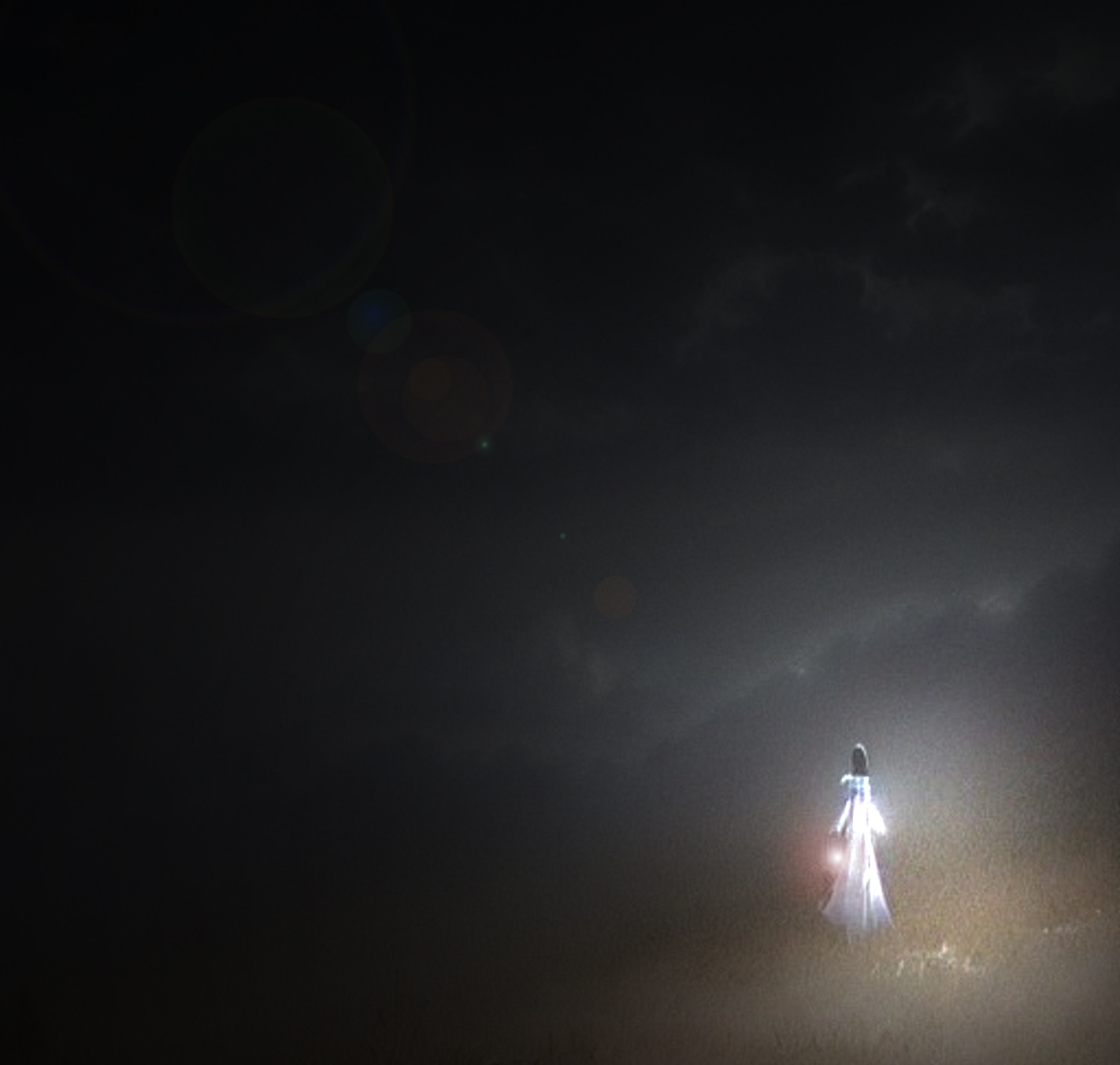 around in odd circles like a fool, in order to keep the creature from galloping off into complete forgetfulness.  I had the elated feeling that I was riding a unicorn and quickly realized that this was the creature that may steal my soul. 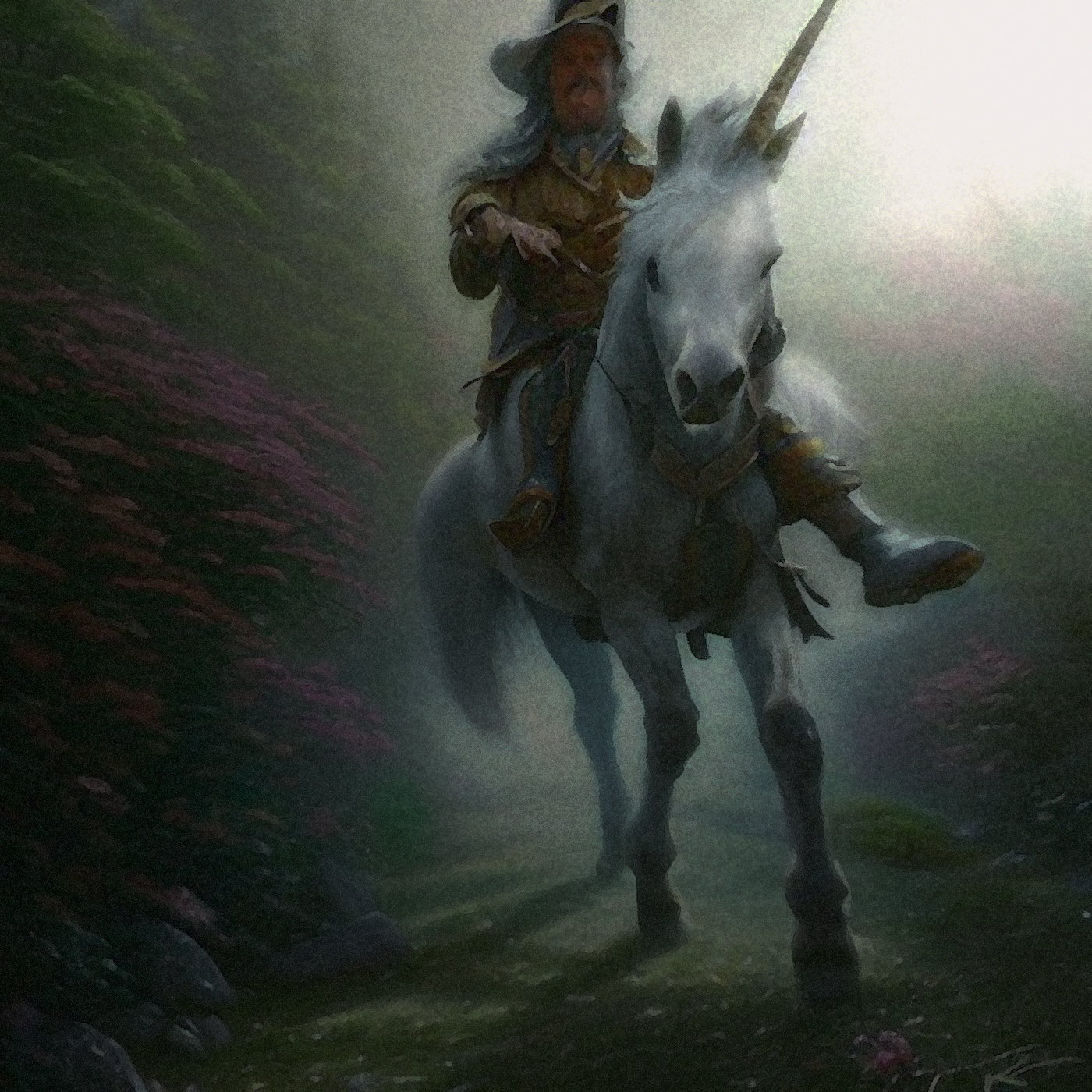 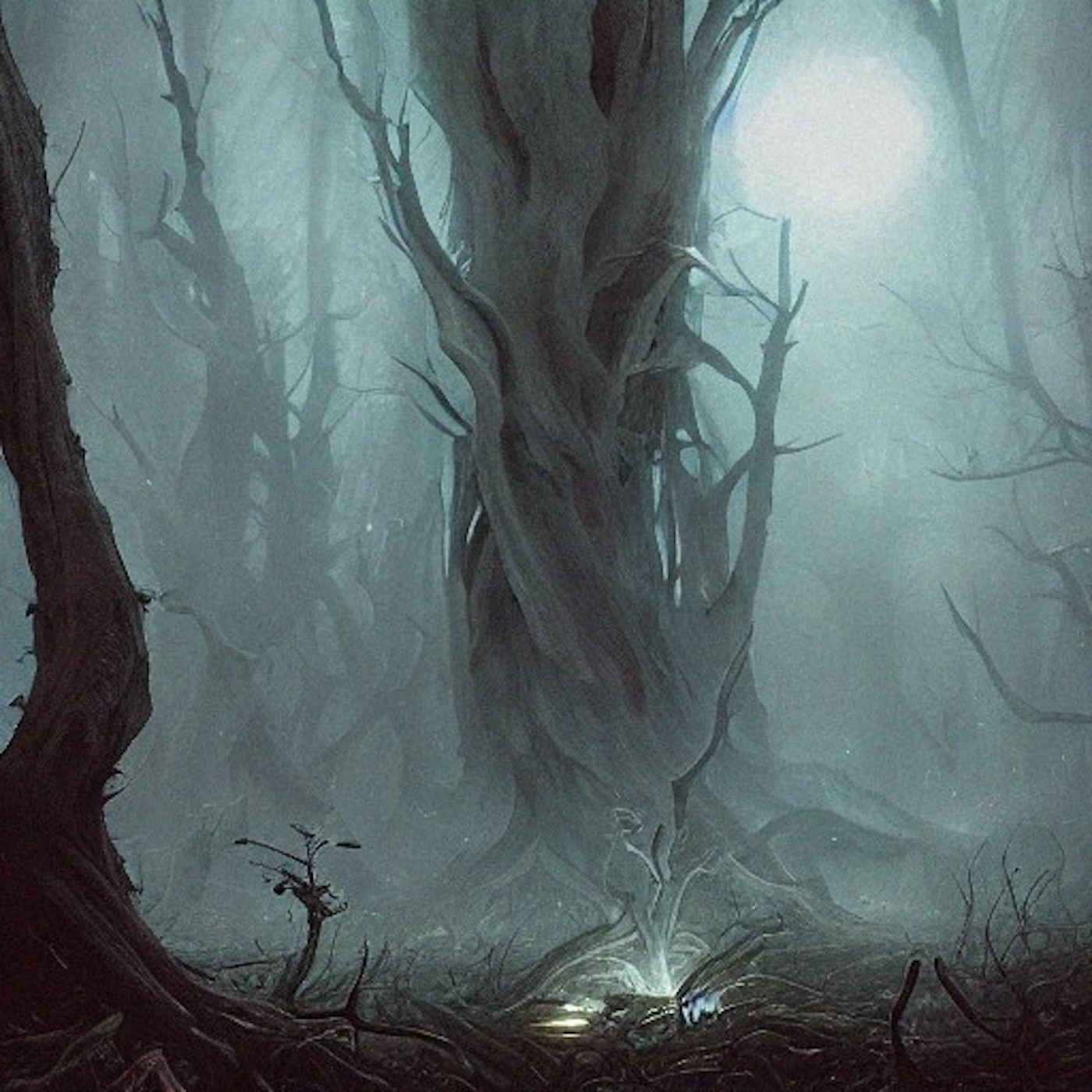 Text Copyright © 2022 Richard Rensberry, author of the Conversations With Sasquatch series of books available at on Amazon

Sasquatch Series Begins With
Conversations With Sasquatch
The Encounter 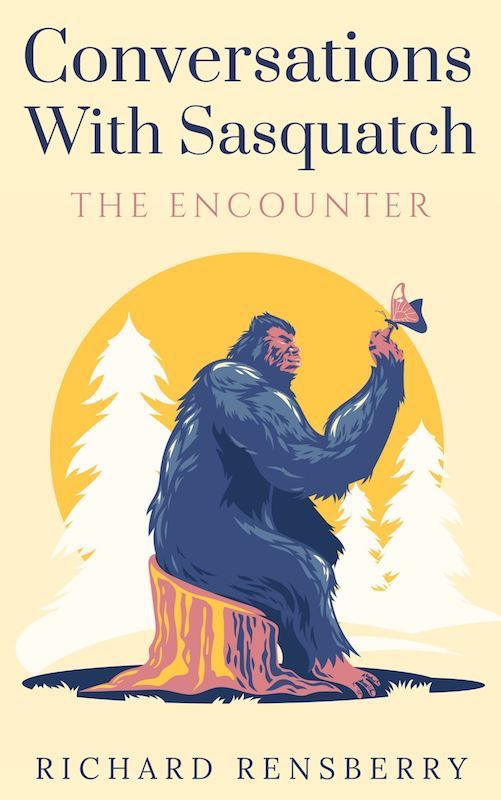