Bigfoot Healing Stones
Get Me Banned
by Sasquatch Groups
on Facebook 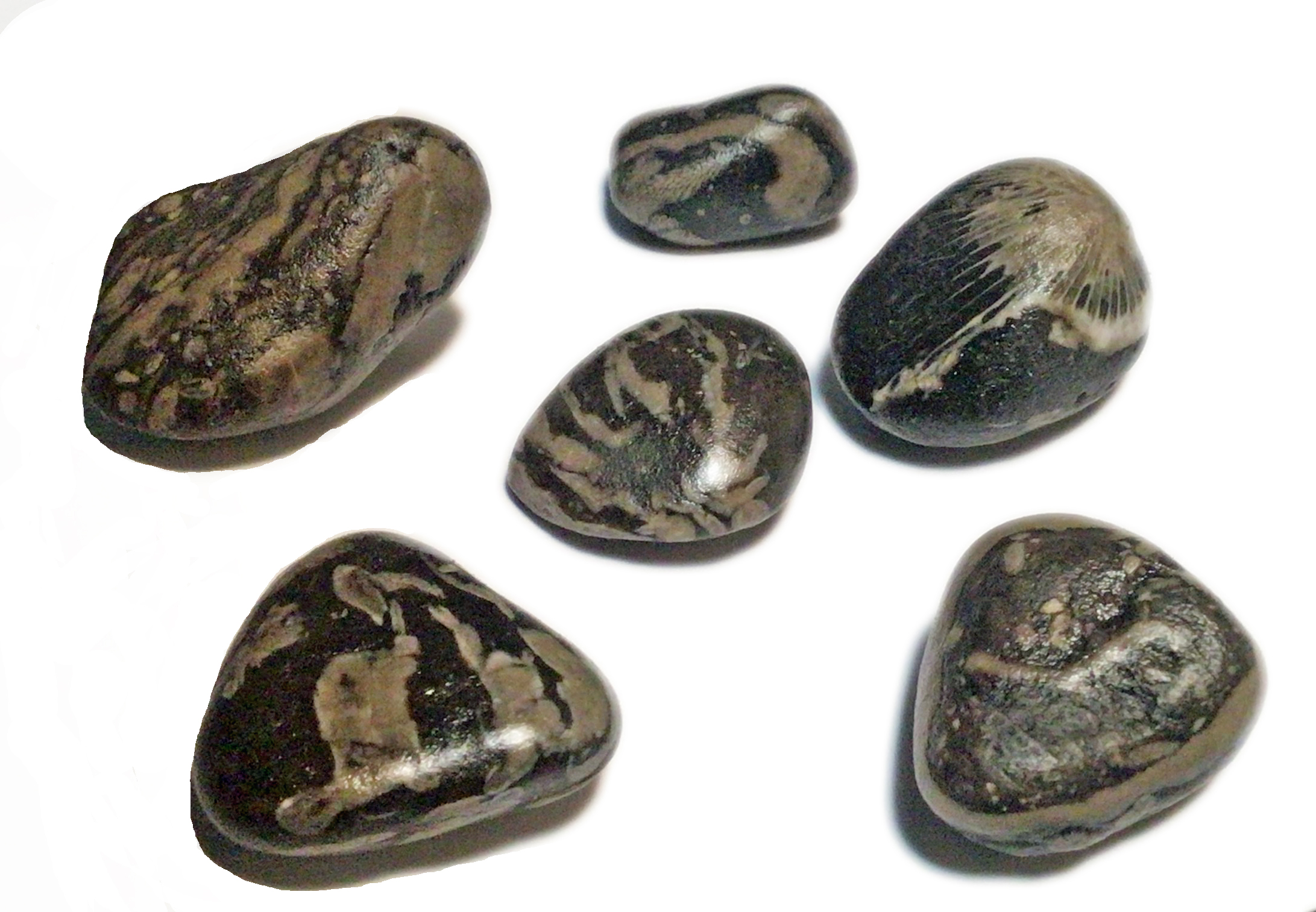 If you are confined to believing in
the spoon fed lies of the Matrix, skip this page.  It is for those
with common sense and the ability to observe.

These Bigfoot Healing Stones have moved through the hands of time and the Sasquatch that collected them.  They have been imbued with the healing intentions of multiple Bigfoot Elders and Medicine Men through the ages.  They are beyond science and the invalidations of any and all nonbelievers.

They are also known as Karmic Stones, for their ability to flashback upon those that harbor ill intentions and evil purposes.    We are all captains of our own fate along with a little help from the other side.  May you be so blessed or cursed to possess one.

Richard Rensberry, author of Conversations With Sasquatch, The Encounter

That's it.  That's the entirety of the Bigfoot Healing Stones post, except it included an allowable link to this website.  How offensive is that?  Censor worthy?  Infuriating?  Hateful?

Apparently, Bigfoot Healing Stones are not to be mentioned in certain Bigfoot company on the Internet.  My doing so resulted in belligerent attacks and then being banned from posting or commenting on several sites.   These same groups gladly allow stupid posts such as; "Why do we never see a penis in a photo or video of a Bigfoot?"   Now that's way more intelligent and important than a Bigfoot Healing Stone.

These depraved Facebook groups from which I have been exiled are comprised of more than eighty thousand people.  How many out of those eighty thousand are more dense than a stone?  I cannot say, but those that commented and got me banned certainly fit the bill.  Now, as they carry on denigrating the healing qualities of Bigfoot Healing Stones, the Sasquatch nor I cannot even defend ourselves.

The above mentioned Healing Stones were filled with intentional healing vibrations by those that concentrated on putting those healing vibrations into the stone in the first place.  Initially it was the Sasquatch who gifted them to me.  When I received them, I also added my healing intentions to the stones.  Others have added their's as well.  On top of that, there is a thing known as quantum energy.  Quantum energy can not only be produced in nature, man has the capacity through the use of quantum physics to produce this energy as well.  In nature, quantum energy is byproduct of sunlight, wind, rain, and especially the friction of water.  If you have ever been to the beach you are familiar with rejuvenating forces of which I speak. This quantum energy can also be imbued or imprinted into objects that are placed into a quantum energy cube that is not dissimilar from the magical and preserving qualities of a pyramid.  These are not common facts to most people, but that does not negate the actually of quantum energy and its healing properties.  The forces of the matrix do not condone nor disseminate this valuable information, but instead, spend fortunes on suppressing its mainstream advancement.

If there were ever a time for the sane and good people of earth to speak up, it is now, 2022.  It is time to put the writing on the wall before it gets branded into our foreheads for an eventual train ride to the gas chambers.  Free speech and wisdom in the United States is being extinguished by political and corporate agendas promulgated from a culture of corrupt multi-billionaire elitists.  Jerry Seinfeld's Soup Nazis have arrived.

You can become a freedom fighter and a friend of the Sasquatch.  Join New Earth Ministries now!

Please do your part, buy locally
from the small businesses
in your neighborhood or town. 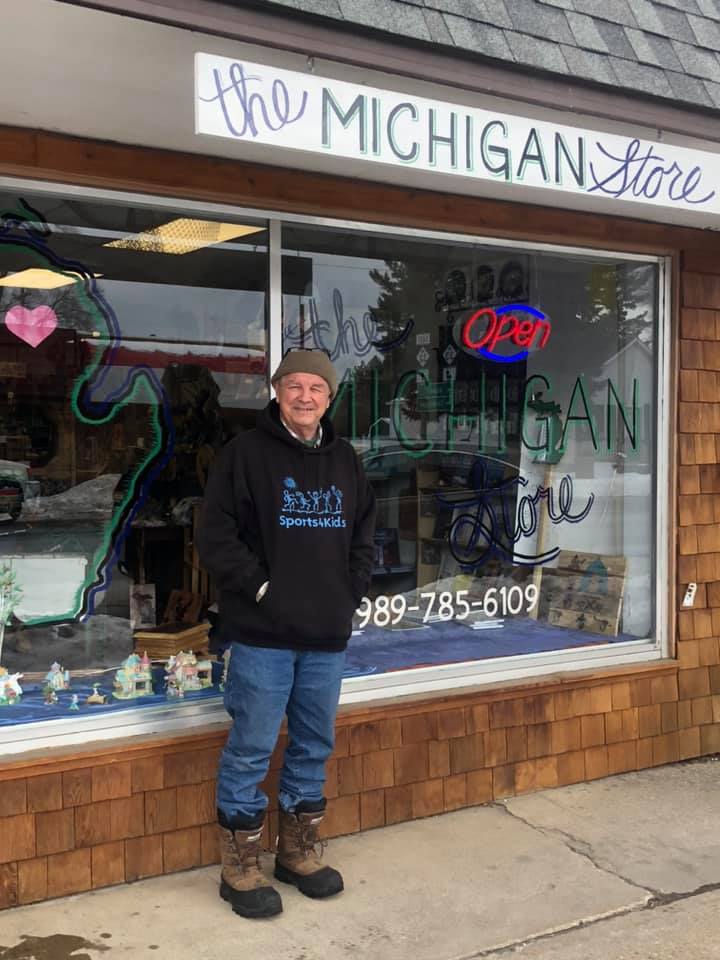 You can help!  Stop feeding the corporate monsters like Gates and Zuckerberg.  Bypass the fast food chains like McDonalds and Burger King and eat at your locally, independently owned restaurants if you must eat out.  Heck, make and pack your own lunch like in the old days.  It is healthier, cheaper and a bagful of sense for the wise.  You don't in the least need Walmart, Dollar General nor Home Depot.  You definitely don't need Big Pharma outlets the likes of Rite Aid or Walgreens.  You might even want to consider Bigfoot healing stones over some of those illegitimate alternatives like the COVID jab.  I have found much superior help and products from local doctors and store owners that I know and cherish.  Just the money I save by packing my own lunch compensates for the difference in price between good local help and products, and the price of cheap Chinese goods.

A thousand small gestures by many all add up to a juggernaut of support in your local community.  These gestures saves thousands of dollars and jobs.  Their positive repercussions result in local prosperity and good will.  Bill Gates, Joe Biden or Marc Zuckerberg cannot say or do anything about what you say or believe if you bypass their Pinocchio noses. 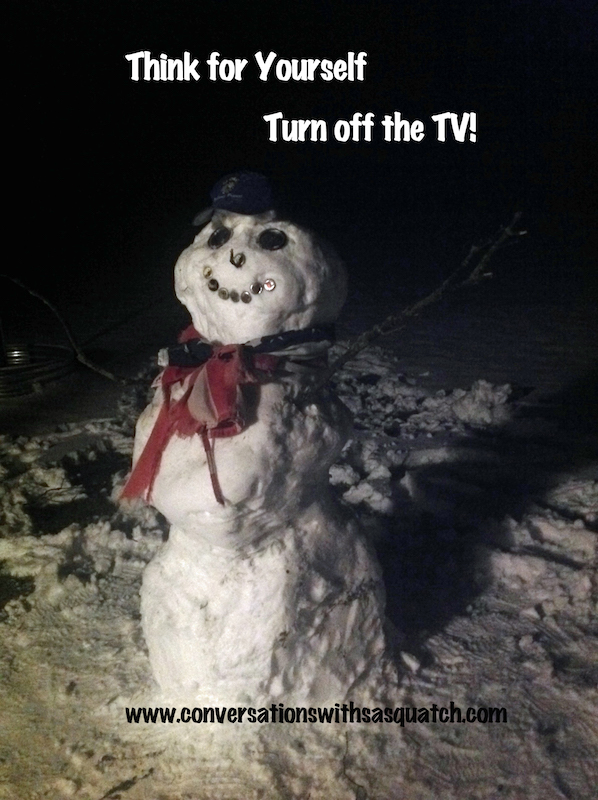 If this page pisses you off, then good!
It was meant to.  If it didn't
you may need Sasquatch Slap Therapy! 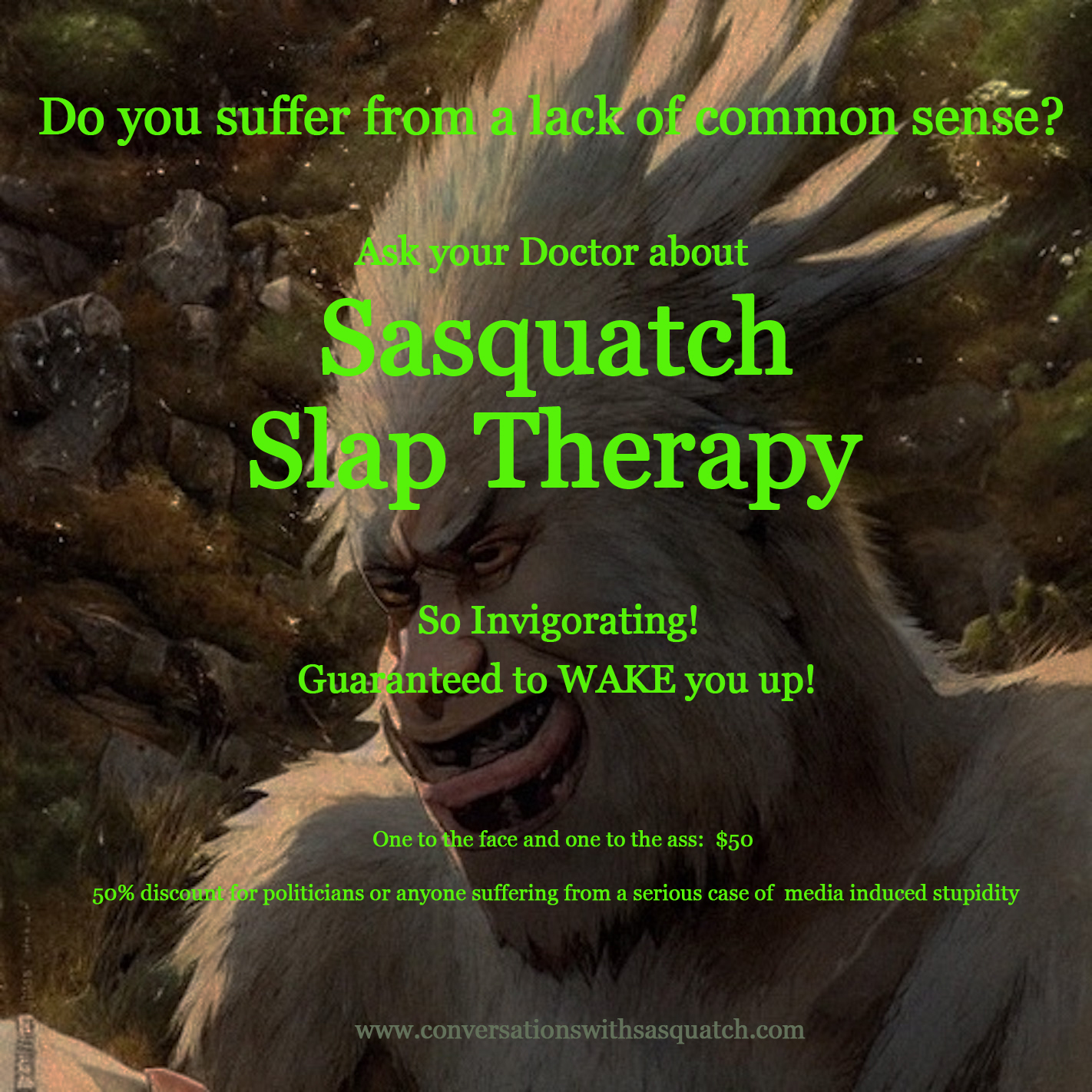