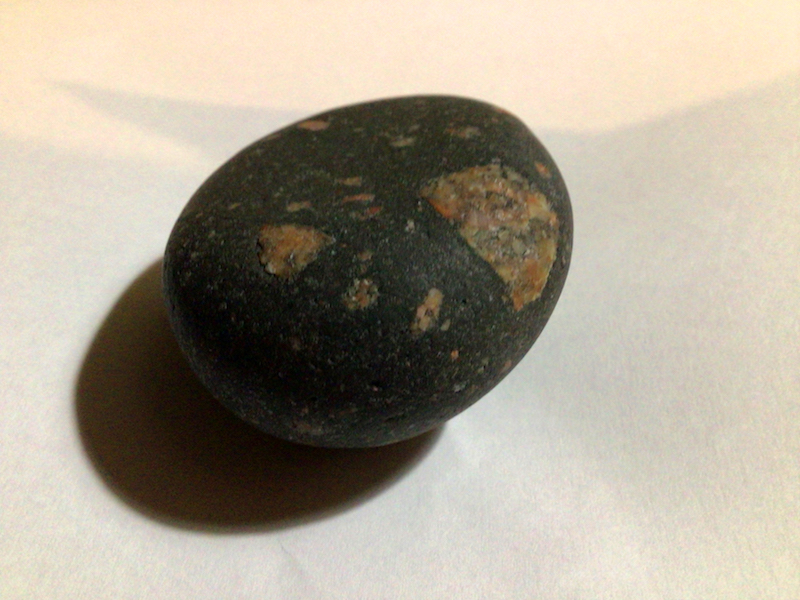 Some Bigfoot Moon Stones showed up at Decker's deer blind and site of his trail cams.  Decker remained oblivious to their existence and meaning.  This is a guy that would be happy to shoot first and ask questions later.

My American Indian friend, Tecumseh, now has Decker's rifle as a gifted trophy from the Sasquatch. It was bent into a parabola by Bigfoot General Demarcus after Decker mistakenly took a shot at him.  If Tecumseh and I had not been nearby, I am quite sure Decker would have been torn in half like a turkey wishbone by the pissed-off General Demarcus.

I do not recommend approaching a Sasquatch armed and loaded.  It is my belief that you could not possibly shoot one for various reasons even if you so desire.  They can cloak and transmigrate in an instant, for one.  For another, I do believe that they could mind speak you into turning the gun on yourself if they put their thoughts to the task.  Either way, you are going to end up on the short end of the stick.

I wrote the following poem shortly after Decker shit his pants and hightailed it back to Detroit.  We have not seen him around these parts since, and we do not expect him back.  A realtor has hung a for sale sign at the gate to his hunting camp.

Beneath a full moon

to throw at fools

These stones have depth of vision

and a wry tongue

comprehensible only through enlightenment.

And to the blind eye

they appear as smoke.

They pierce the darkness

aimed at searchers who do not understand

the message nor the messenger. 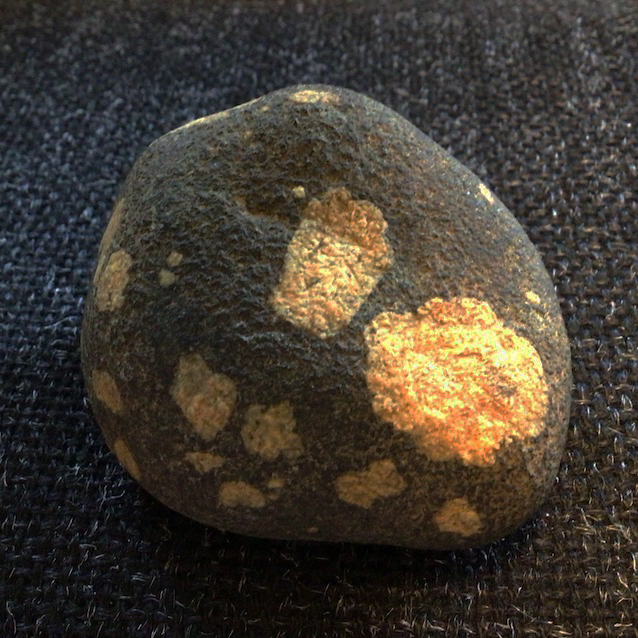 In the above photo of my own special Bigfoot moon stone, check out the Bigfoot print right in the center.  Thankfully this stone was gifted to me instead of thrown.  An intentionally directed and thrown stone by a Bigfoot is as lethal as a bullet.

Bigfoot Moon Stones do not all look the same

The Bigfoot Moon Stones have one thing in common.  They are all round and about the size of a billiard ball. They are quite menacing looking when you know what they represent.  As you can see by the one I have in my hand, they are usually rubbed smooth by the big hands that wield them.

The one left at Decker's was not yet rubbed out, but I am sure it would have been in a short amount of time if it hadn't been left behind.  The Sasquatch hands are very dexterous and leathery compared to the soft and sensitive human hand.

So, if you find a Bigfoot Moon Stone, be cognizant of its significance.  Is it meant for you or another?  If it is for you, I'd dispense with the weapons and the cameras.  Instead, I'd leave a gift that represents a desire to make friends.